Today’s Throwback Thursday, so I decided to take things back to last week when it was still 2015, ha.
Here is an old post from December that wasn’t used in memory of dearly departed 2015! Hope you like it!

The year 2015 was definitely one that kept us on our toes. Violence, corruption, secrets, and lies all rocked people from all walks of life to their cores, and it was all captured on camera or released by tabloids. But which controversies were the biggest this past year? Join me as I take the time to ponder ten of the biggest ones of 2015!
1) Sandra Bland

The controversial and mysterious story of Sandra Bland, an African American female, who was found dead in her jail cell after being arrested during a minor traffic stop was one of the biggest stories of 2015.
Although authorities claimed that it seemed as if she had hung herself in her jail cell, Bland’s family and friends have all boldly proclaimed that Sandra could not have done such a thing, being that she was getting ready to start a new job in Texas.
The officer who arrested Bland was assigned to administrative duty. A grand jury decided not to indict anyone in relation to her death.

Another injustice came to light this past year, but actually occurred last year. The 2014 shooting death of 17-year old Laquan McDonald took an entire year to hit the public, but sparked outrage across the country as soon as it did.
The biggest outrage, besides the young man’s untimely demise, was the actions of the Chicago police force and Mayor Rahm Emanuel, who was accused of trying to cover up the tragedy to maintain his position. In addition, it took him an entire year and public pushing to fire the police superintendent, despite numerous groups and organizations urging him to resign.
In a recent opt-ed, Emanuel said this to his community: “At the end of the day, I am the mayor and I own it. I take responsibility for what happened and I will fix it,” he wrote. “Nothing less than complete and total reform of the system and the culture will meet the standards we have to set for ourselves.”

Next on our list involves one of the most notorious people of 2015 – Mr. Donald Trump. After the terrorist attacks in Paris, the world was up in arms. As a result, one big question swirling around for all of the hopefuls was whether or not Syrian refugees should be allowed into the country.
What was Trump’s solution? “Ban all Muslims!” That comment did not go down too well with the country. He was called everything from ignorant to stupid, to unqualified to be President. Nonetheless, his bold statement did cause the world to talk about the issue in depth.

One of the biggest sports controversies occurred in the year 2015, giving us a cool new word and negative press for one of football’s brightest stars – “Deflategate.”
The gist of the deflategate story is that, after a game between the Patriots and the Colts, allegations of tampering with footballs by the Patriots started swirling around. After some debate, the league decided to suspend Patriot quarterback Tom Brady for four games, due to his alleged involvement in the incident. This suspension was later upheld in federal court.
Moral of the story: don’t cheat.

Another tragedy that occurred this past year was the shooting of the Emanuel African Methodist Episcopal Church this past June. Nine people were killed in the shooting, including state senator Clementa C. Pinkney and the senior pastor of the church. The next morning, 21-year old assailant Dylan Roof was arrested. His reasoning? He claimed he wanted to start a race war.
Roof was indicted on nine murder charges and a weapons charge. He also faces three charges of attempted murder, hate crime charges, and obstructing the practice of religion. Although Roof pleaded not guilty, it was announced that he would be facing the federal death penalty. His trial will continue next year.

We can’t mention 2015 without bringing up the Rachel Dolezal story! I think we all know the story – a woman was ousted by her parents for being born White, although she had been living out her entire adult life posing as an African American woman. After Rachel’s parents’ comments reached the public, her entire background became under scrutiny and she was let go from the many African American organizations she was apart of. She also eventually resigned from her position as head of the Spokane chapter of the N.A.A.C.P.
Nonetheless, Dolezal refuses to give up. She still considers herself to be an African American woman and still tries to live her life as such. To supplement her income, she has been doing hair(she developed a passion for doing black hair while in college in Mississippi) and she plans to write a book soon. She also announced that she is pregnant with her second child.

This was the 2015 controversy that just might follow us into the new year, being that it just won’t go away! Apparently, Senator and Presidential hopeful Hillary Clinton was using a personal email account to handle both political and personal business. Claiming that it was just for a matter of convenience, Clinton really didn’t think it was that serious; however, the State Department and Congress thought it was a pretty big deal. As a result, Clinton was ordered to hand over her emails for analysis.
This scandal wasn’t really a major scandal, but it shook Clinton’s campaign a bit. But next time, just use your government-assigned account!

November 13th, 2015 will go down as one on Paris’ scariest nights. That night, a concert hall, a stadium, restaurants, and bars were simultaneously hit by suicide bombers and gunmen, killing 130 people and injuring hundreds of others. It was later revealed that the attack was ISIS-related. President Hollande of France declared the attacks “an act of war,” increasing air strikes in Syria and seeking out allies in other countries.

The other scandal that shook marriages everywhere in 2015 was the notorious Ashley Madison hack. For those who don’t know, Ashley Madison is a website where husbands(and a few wives) could sign up for an account and have extramarital affairs. 37 million users wound up being exposed by hackers, along with their sexual preferences and credit card numbers.
Among the exposed were celebrities like Josh Duggar, Josh Taekman, and Jeff Ashton. Although the scandal was MASSIVE, it hasn’t stopped people from signing up,ironically. 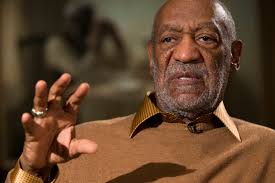 And lastly, who could forget about the Cosby scandal? Cosby has been accused by over 50 women of some sort of drugging and sexual assault. Celebrities like Janice Dickinson and Beverly Johnson spoke out about their alleged run-ins with Cosby, leading to more women coming forward, new specials, and Cosby’s name being tarnished.
Just when the world thought that the Cosby legacy was officially done, Bill counter-sued 7 of his accusers for defamation and emotional distress. And as that happened, he was arrested and charged in the sexual assault of a Pennsylvania woman in 2004.
What did you think about the controversies from last year? Were there any you forgot about? Do you remember one that should have made the list? Let’s talk about it in the comments below!