Today I am excited to have another guest post on The Pen & the Needle! This time, we are going to be introduced to a new book, thanks to Alisha Trost!

Alisha is a book review blogger. She has always liked to read, but has just recently begun writing a blog. Alisha has worked at restaurants, in agriculture, and is currently self-employed. Alisha lives with her family is the SouthWest United States. You can read more of Alisha’s blog at myrainydayreads15.blogspot.com. 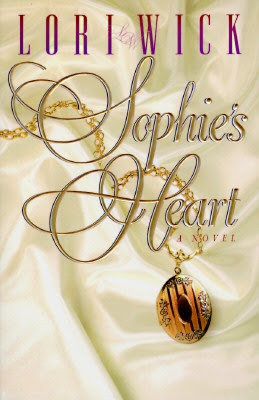 Lori Wick is a prolific writer of Christian Romance novels and has more than one hundred million books in print. She has written over 39 novels. Today I will be reviewing “Sophie’s Heart” by Wick, which is one of her standalone titles.
Overview
Sophie is an almost 30 year old Czechoslovakian woman who comes to the United States hoping to build a better life like so many other immigrants. Sophie is very smart and very educated, speaking five languages. She use to work as a translator in Czechoslovakia, but was unable to get a job as a translator in the United States, thus she works in a restaurant. Sophie has to cope with rudeness, indifference, and prejudice and stereotypes from some of the Americans, which she soon tires of.
Alec Riley’s world as he knew it was broken apart when his wife, Vanessa Riley, was killed in a tragic car accident.Ever since Vanessa died, Alec, and his children, Craig, Tory, and Rita, are a shell of the vibrant family that they once were. As time passes, Alec tries his best to keep house and care for his children, but things do not improve. His sister, Janet, suggests that he hire a young Czechoslovakian immigrant to keep house. That Czech is of course, Sophie.

Alec agrees to hire Sophie on a trail basis and she becomes the housekeeper for his small family. Sophie is not very happy with the job as she does not wish housekeeping to become her life job, but she accepts the offer and vows to do her best.

Sophie then moves into the apartment over Alec’s garage and begins her job. While she works her heart out, Alec speaks solace in his work. He closes up emotionally and becomes somewhat withdrawn from his children. However, Sophie’s presence and kind heart eventually brings the broken family back together.
This novel does not have too many twists and turns. Nor is the ending unexpected. 🙂 Sophie’s Heart is a story of what true love really is, not love that changes every second, such as a crush, but a realistic story of two people falling in love, with all of the trials that go with it.
My Thoughts
I usually enjoy Wick and this was no exception. The characters were well developed, in my opinion and the plot was quite good, albeit very predictable! This  was definitely a book about loving God and loving other. Wick also managed to weave in lessons about life, bits of humor, and of course, warm romance. Sophie’s Heart is a great book to curl up with on the sofa with a cup of tea!